MSG: More Than a Flavor Enhancer 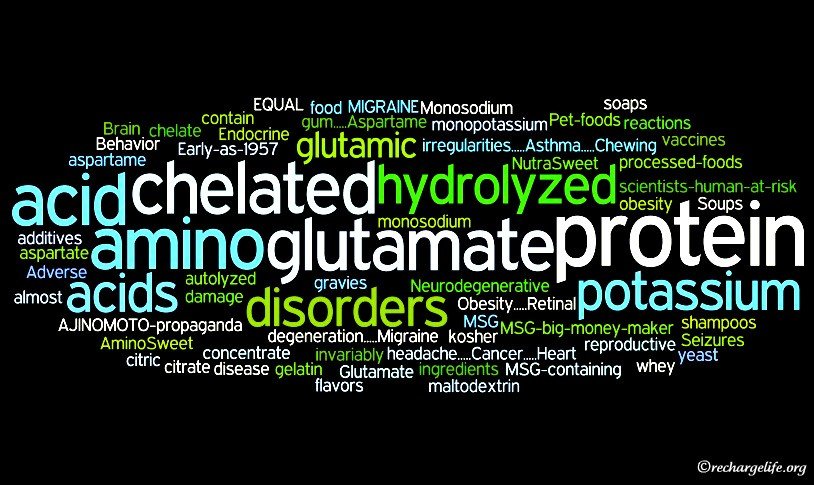 History of MSG – By Jeffrey Murrah

For thousands of years, people in Japan used seaweed to enhance the flavours of their foods. Scientists began wondering what was it in seaweed that enhanced the food. Eventually, Kikunae Ikeda discovered what it was. His discovery was soon manufactured on a large scale. In 1908 the industrial giant Ajinomoto began manufacturing the chemical compound known as free glutamic acid, otherwise known as “MSG”. The substance was patented in 1909 by a company in Japan. During the second world war, American soldiers noticed that Japanese army rations were tasty. Army quartermasters discovered that the reason for this was MSG.

Subsequent to this discovery, use of the substance spread to the United States. Use of MSG in food became widespread in the United States in the 1950’s through restaurants and home use. The main product used in spreading this influence was labeled as Accent. The product was pure MSG. When the standards for food additives took effect in 1958, the additive MSG was ‘grandfathered” in without any testing since its use was so widespread. Technically it is classified by the FDA (Food and Drug Administration) as “generally regarded as safe” without any testing of the substance.

The manufacturing process used to produce the compound requires sophisticated refining. Strong acids and high temperatures are used hydrolyzing, or breaking down various proteins. The refining or ‘hydrolizing’ leaves the manufacturere with a mixture of D-glutamic acid, pyroglutamic acid, along with large amounts of the sodium salt of L-glutamic acid, and various other amino acids. Although the body contains some of these proteins in the brain, these artificially produced substances are dangerous. Since they are produced under artificial methods, their effects differ from naturally produced proteins. The refining of a substance increases its potency. This is true of cocaine, sugar and other highly refined substances.

The companies involved in the manufacture of MSG have formed a coalition known as the Glutamate Association in 1977. Although membership in the organization is secretive, some observers believe that membership includes Ajinomoto, Archer Daniels Midland, Campbell, Corn Products Corporation, McCormick & Company, Pet Foods, Pfizer laboratories, and Takeda. The Glutamate Association conducts research and makes public statements regarding the use and ‘safety’ of MSG and associated products.

The spread of MSG use remains wide with heavy use by fast food restaurants. For example at KFC (Kentucky Fried Chicken) all non-desert items on its menu contain this substance.

Glutamaic Acid in the Brain

The naturally occurring proteins (L-Glutamaic acid) which are present in the brain are involved in the action of neurotransmitters. Neurotransmitters are important in sending messages through the nervous system. The amount of this substance in the body is small, so as to limit the neurotransmitter actions involved.

(Potassium is a mineral critical in maintaining a healthy nervous system and in maintaining regular heart rhythm. Changes in the level of potassium can effect each of these)

Part of the danger of the highly refined MSG is that in large quantities, it crosses the blood brain barrier and can potentially interfere with ‘normal’ activities of the nerves and overexcite them. Any substance that crosses the blood-brain barrier, like MSG does, can potentially effect the brain and subsequently behavior. It overstimulates the nerves and at the same time overloads the chemicals that would naturally neutralize the stimulation effect. In layman’s terms, it overloads the nervous system. In the short run, the body can recover, but repeated overstimulation can lead to permanent alteration of the system. One particular part of the brain affected is the hypothalmus, which regulates mood and emotion. Overstimulation of that part of the brain can produce marked changes in a persons behaviors. These marked changes can occur suddenly. The reaction time to MSG ranges from suddenly to up to 48 hours. With MSG sensitive populations, such changes may show up as sudden rages or difficulty with sudden impulse control.

By definition, any substance that has the potential to be psychoactive (affecting the behavior) is a matter of concern. Any psychoactive chemical has the potential of permanently altering the brain chemistry of the person involved. Besides crossing the blood-brain barrier, it also crosses the placental barrier in expectant mothers.

This substance often called a “flavor enhancer” is actually exciting brain cells into making them over-react to substances. In the over-reactive state, the person taking in MSG believes the food tastes better. The overexciting can result in headaches, heart palpitations, facial swelling, numbness, violent diarrhea, migraines, and other immediate reactions (such as panic attacks, stiffness, joint pain, loss of balance, slurred speech, diarrhea, blurred vision and ADHD) in some populations. Although some may pass off the reactions as of an allergic nature, the response of the body is of that to a toxin.

Some of the toxic reactions are delayed. The delayed reactions include increased obesity, brain lesions, stunted growth, reproductive disorders, learning disabilities, behavior disorders, and/or retinal degeneration. Such symptoms are serious and worthy of concern. These were some of the effects seen in the initial research on laboratory animals. Although some critics claim that the amount of MSG given to animals is not near the amount given to humans, when one considers the many avenues of MSG consumption, humans do ingest large quantities of MSG. Not everyone who uses MSG experiences these problems, although the estimate is 1/4 of the population.

MSG Links With Other Disorders

Another area of concern are the neurological disorders that involve glutamaic acid. Research has not indicated a causative effect, yet since Glutamaic acid is highly involved in these disorders the likelihood that MSG can alter a person’s brain chemistry and play a role in them presents a potential danger. These disorders include, conditions such as addictions, stroke, epilepsy, brain trauma, multiple sclerosis, AIDS dementia, schizophrenia, anxiety and depression. Glutamaic acid also plays a major role in the dementia related degenerative disorders such as Parkinson’s disease, Alzheimer’s disease, Huntington’s disease, and amyotrophic lateral sclerosis. Given the seriousness of these disorders anything that increases the likelihood of their occurrence is a concern.

Some researchers have found links of MSG use with diabetes, migraines and headaches, autism, ADHD and Alzheimer’s. Since these disorders are a concern with many people today, a closer examination of the role of MSG is needed. MSG is also used in some vaccines in order to keep them stabilized or ‘live’.

MSG by Any Other Name

Although many foods and restaurants use MSG in their products, some do not. The Asian restaurant Pei Wei advertises that it does not add MSG to its products. The hamburger chain, Whataburger has a website which identifies which of its foods contains MSG so that savvy consumers can avoid the substance. Some restaurants know that one effect of MSG is that the consumers tend to purchase more of their food and consider it tastier.

Hydrolyzed protein (any protein that is hydrolyzed)

If MSG were only a flavor enhancer, that is one thing. The research shows that it not only enhances flavor, it effects the brain and nervous system.

Author: As a homsechooling father, Jeff Murrah, LPC, LMFT has dealt with many health related issues.

My Post Is Saving Into Draft After Publishing It

I need to try cooking Filipino dishes. I know it’s not popular but really worth a try.